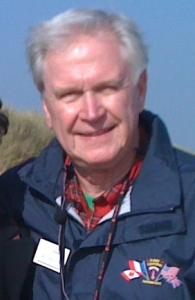 Flint in Normandy at Omaha Beach, 2014

Welcome to the electronic headquarters of Flint Whitlock, author and military historian. Since 1986, Flint Whitlock has been creating memorable, highly personal stories of men at war, which have appeared in several books and numerous articles in World War II and WWII History magazines. Reviewers have said that his accounts of combat put the reader right in the foxhole, sweating out the artillery barrages, the tank and infantry charges, and enduring the fear and hardships with the individual soldier.

Dr. John Votaw, former head of the First Infantry Division Museum at Cantigny in Wheaton, Illinois, once paid him the ultimate compliment: “Flint Whitlock has a gift for empathy.”

We invite you to learn more about the author and his works. Click on any of the buttons above or the book covers to learn more.