Fall 2010: “Nordwind: The ‘Other’ Battle of the Bulge (Overshadowed by the hard winter fighting in Belgium, the battles in Alsace-Lorraine were no less brutal 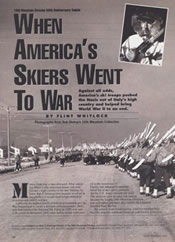 Nov. 1992: “When America’s Skiers Went To War” (a brief history of the 10th Mountain Division and its post-war contributions to thesport of skiing in America) 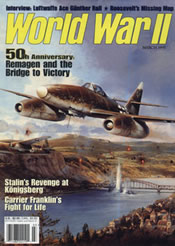 May 1992: “Bomber Stream Launched” (the first thousand–plane raid over Germany)

Jan. 1994: “Allied Agony at Anzio” (overview of the Anzio campaign)

Mar. 1995: “Remagen: The Allies’ Bridge to Victory” (capture of the first bridge over the Rhine River)

May 1997: “Bag Left Untied” (lost Allied opportunities at the battle of the Falaise Gap)

Mar. 2000: “The Liberation of Dachau” (based on a chapter in The Rock
of Anzio)*
*Awarded the National Distinguished Writing Award from the
U.S. Army Historical Foundation 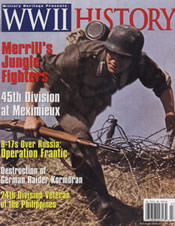 July 2003: “A Short, Sharp Engagement” (the battle for Meximieux, France)

May 2005: “Victory At Last” (an account of the final days of the Third Reich and how the Allies sercured victory in Europe)

Winter 2005: “The Most Serious Reverse” (the destruction of the 106th Infantry Division during the Battle of the Bulge)

November 2006: “Hollywood Stars Go To War” (the contribution of moviedom’s talent to the war effort)

January 2007: “Running the Gauntlet” (the story of the Merchant Marine and the treacherous Murmansk run)

Oct./Nov. 2008: “Horrific Discovery at Buchenwald” (A revealing history of the Nazi concentration camp and its liberation by American forces)

December 2008: “Breaking Down the Door” (A detailed look at the heavy urban fighting for the German city of Aachen in the autumn of 1944)

December 2010: “Every Man a Hero” (British commandos paid a heavy price during a violent raid on the German naval base at St. Nazaire)

December 2013: “Sport During Wartime” (Detailing professional and amateur sports and athletes in the combatant nations during WWII) 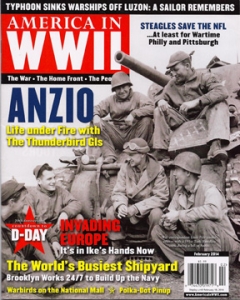 America in WWII (310 Publishing)
February 2014: “Welcome to Anzio” (covering the U.S. 45th Infantry Division’s contributions to victory during one of the most difficult battles of the Italian campaign) 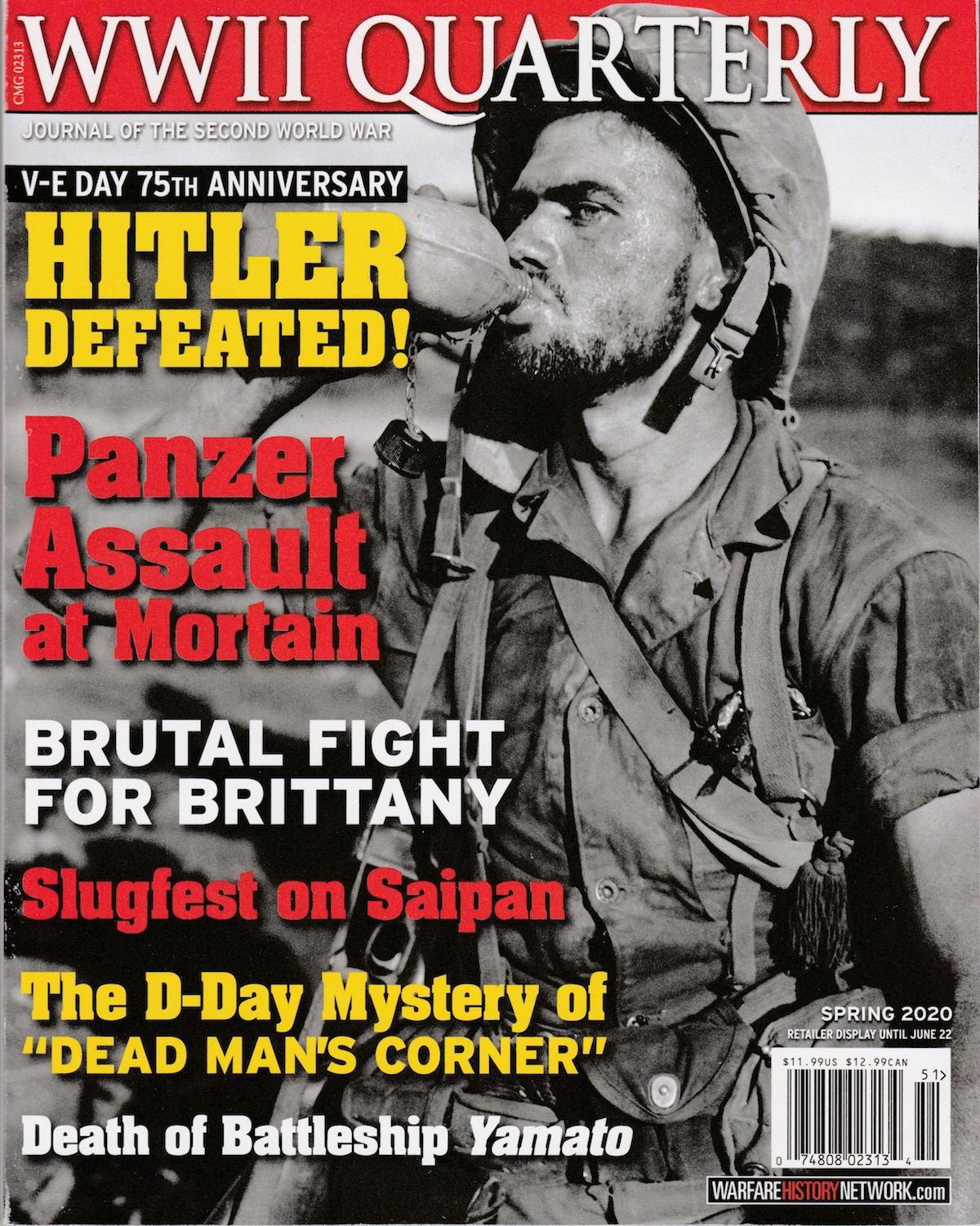